McCracken emerged as a poster boy for Green’s campaign to rid one-punch violence having been king hit with a vodka bottle late last year on Rottnest Island. Post attack, McCracken feared losing vision in his right eye and having his football dreams shattered.

Since the attack, not all of his sight his returned however the 19-year-old refuses to have his dreams crushed and has returned to the field this year to win the Claremont Colts Best and Fairest award. McCracken has also been nominated for the AFL draft on November 27.

After being left in critical condition, McCracken said that he was pleasantly surprised with the diagnosis of two fractures to his eye socket and 50 percent of vision in his right eye.

“It was a bit of a shock when it first happened and didn’t really sink in for a while…I didn’t leave the house for a month,” he said.

“I’m pretty protective of my friends now, too. When you see it on the news and with the deaths happening because of it, it really shocks me thinking I was in the same position.”

McCrackens’ story hit home for Green, with the boxer confessing adamant rage toward the cowards who left McCracken in horrible condition.

“It makes me sick,” Green said.

Green is set to ramp up his campaign against what he describes as the “coward’s punch” after last week receiving $200,000 in funding from the Federal Government.

You can read the full story here: https://au.news.yahoo.com/thewest/sport/a/25427723/rottnest-victim-fires-up-champion/ 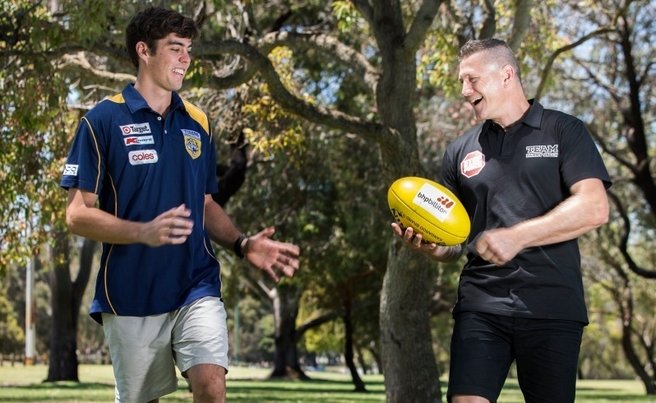